Order My Latest Book "Out of Obscurity" 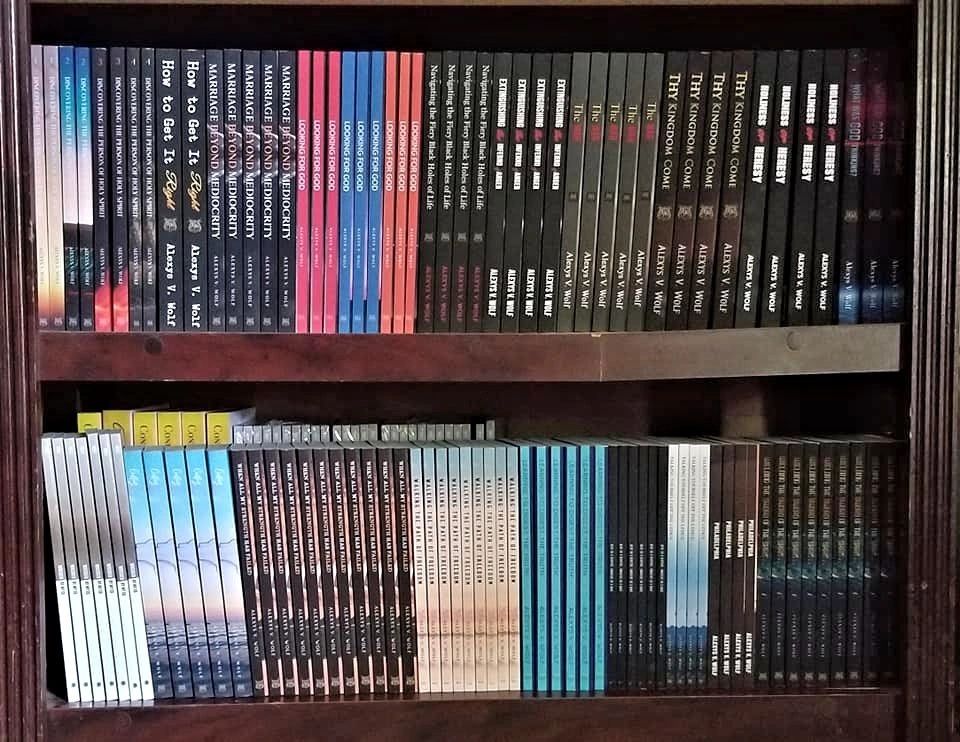 Welcome to The Fiery Sword Publications!

We're very excited to launch an addition to The Fiery Sword Global Ministries: our own publishing label!

TFSP is an offshoot of The Fiery Sword Global Ministries. We are a 501c3 non-profit organization. TFSGM has been serving around the world since 2007. TFSP is an extension of serving others.

TFSP is small, yes, but we are unique. Alexys is a published author in her own right; therefore, she knows a thing or two about publishing. Alexys has published with four outside publishing labels, all of which brought new information and insight. She has spent thousands of dollars in the effort to publish what God laid on her heart. Unfortunately, most companies, Christian or non-Christian, do not have the author's best interest at heart. Making money is their primary goal. The author does the lion's share of the work, yet the publisher charges astronomical fees as well as retains the bulk of royalties. With so many publishing outlets at our fingertips, no one should have to go through this. TFSP is purposing to keep new authors from such expenses and poor quality products.

We offer several packages as well as individual services. We're not a "one price fits all" outfit. For more information about services or if you have a proposal with a few chapters, please reach out at thefierysword@windstream.net.

We are a Christian ministry, so we only accept strong, biblically sound manuscripts, fiction or non-fiction. Since we're new, we are very limited on how many authors with whom we can work.

Sandy and Alexys are ministry partners and formed the "Better Together: Two Girls and a Bible" radio broadcast together.

Life as a child was difficult. My parents were hard-working people, yet with six children and extended family members often living in our home. My dad’s income was just enough to keep beans and potatoes on the table and shoes on our feet. Sadly, this life took its toll on my parents and alcohol often became their escape. This created a frightening and unstable home life. The drinking increased through our growing up years causing us to leave home as quickly as possible. I have four sisters, all still living, and a brother who died at the age of 34 from heart disease. Although my parents did not take us to church, mom would always make sure we would be dressed and ready for the lady that picked us up on Sunday mornings, Mrs. Wright. Mrs. Wright taught us about Jesus and is actually the one who influenced me to teach the Bible.
In my early twenties, a funny thing happened. I met a man named Jesus. Now, after 40-plus years into this new life—and yes, it is continually new—I am seeing God do things in and with my I only dreamed possible. Through a failed marriage, a stroke, collapsed discs in my neck, three neck surgeries, and, at the age of 52, I learned to live on my own by faith, often without income. I have been blessed to travel to other countries to preach the Gospel, but not until after turning 60. Now, at 66, I am settling into a new marriage with Ray Renner. I still find this faith-journey ever-changing and always exciting! I have a radio show with my partner, Alexys V. Wolf, and plan to travel more extensively as the Lord leads.

To order "Stories: A Woman's Journey of Becoming Imperfectly Perfect," click the link below.

Our first client ever is Jami Salters of Columbia, South Carolina. Alexys worked with Jami from start to finish. Her manuscript, by her own admission, was quite a mess as she is not a typist. She literally pecked her entire 450-page book into her cellphone on an app. Wow! That is determination. It proves that any of us can get our book onto paper if we really want to.

As Jami says, "Alexys took my alphabet soup of words and thoughts and turned it into a manuscript. Then she turned the manuscript into a book. I wouldn't have thought it possible to be what it is today." Alexys went the extra mile because Jami's book has merit and a great story to tell. It is inspiring and God-honoring from start to finish. We're thrilled to have Jami on board as our first official client of The Fiery Sword Publications!

To order "Confessions of an X-Codependent," click the link for Amazon.

Discussing "Confessions of an X-Codependent"

God's Hand Upon an Unlikely Soldier

TFSP was utterly honored to assist Retired Major General Richard A. Scholtes with his very first book at the age of 85. Not only is Richard a highly decorated officer, but I call him my friend. He's an amazing writer and, in his book God's Hand Upon an Unlikely Soldier, he recounts his life in the military. He experienced some amazing trials as well as countless triumphs. Through it all, he gives God all the glory.

Richard Adrian 'Dick' Scholtes was born March 18, 1934, in Joliet, Illinois. In 1949, he enlisted in the Illinois National Guard and was deployed to Camp Cooke, California for deployment to the Korean Conflict. He entered West Point Academy on July 7, 1953. While at the Officers Basic Course, Airborne School, and Ranger School, was awarded as the Ranger Honor Graduate. Next, Dick deployed to the Panama CZ to form an Airborne Ranger Battalion. Dick served as a staff officer and company commander. In 1963, Dick was selected to attend the Marine Corps Amphibious warfare course at Quantico, VA. While in Vietnam from 1964 to 1965, he was awarded the Silver Star, two Purple Hearts, and the Bronze Star w/V. Dick attended the Command and General Staff College at Fort Leavenworth, KS, and was then assigned to the Infantry Branch at Fort McNair in Washington, DC. He returned to Vietnam to serve with the 1st Brigade, 5th Mechanized Division as the commander of the 1st Battalion 61st Infantry. Throughout the years, Dick was assigned to the Pentagon, 4th Mechanized Division, Brigade '76, West Point as the Brigade Tactical Officer, promoted to Brigadier General, and reassigned to the Pentagon serving the National Military Command Center. Dick was reassigned as the Assistant Division Commander of the 82nd Airborne Division at Fort Bragg. In 1980, he was selected to establish and command a completely new organization designated as the Joint Special Operations Command (JSOC). He commanded this highly specialized unit for four years. In 1984, Dick became the CG of the 2nd Armored Division at Fort Hood. Later, he elected to resign from the service to go before the Senate Armed Services Committee (SASC) without his General Officer Uniform. In August 1986, he went before the SASC. His presentation before the senators convinced them to direct the establishment of the United States Special Operations Command (USSOCOM) at MacDill AFB in Florida. After retirement, Dick managed a Wick's lumberyard. He eventually took employment with Analytic Services, Inc. and assigned responsibility for Mission Analysis for the newly established four-star USSOCOM. Dick retired in 2003. JoAnn died from the effects of Alzheimer's in early 2013. Dick went on to court and marry Mary Pamela Rogers retiring in South Carolina.